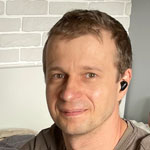 We think that by the time of release, both the transformation of an existing copy of PostgreSQL into a cluster node and the deployment of new cluster nodes, will be automated. And now a few words on YaXAHA Cluster architecture.

Our extension is installed in the PostgreSQL folder and then the server application is launched, PgBouncer is also highly desirable. After the restart, your copy of PostgreSQL basically becomes a cluster node.

Of course, in order to provide fault tolerance, redundancy must be added. Let's say our cluster will consist of three nodes, that means we need to set up two more nodes in the way described above.

Within the framework of this news, not going into much detail, we'll just briefly go over the components of the solution, and how it all works in general.

At the moment, we have completed our internal tests for the mode in which the node that is initiating the transaction, in order to consider that transaction successful, just needs to receive confirmation of the successful transaction execution on only a part of other cluster nodes.

The minimum number of nodes required to provide desired fault tolerance can be adjusted in the settings according to the requirements of a particular system implementation. And of course, the remaining nodes will also repeat this transaction asynchronously.

That is, if your cluster has 10 nodes, you can set the minimum required number of successful transactions on other nodes, for example, to five, and then the initiator node will not wait until all cluster nodes report their success.

This speeds up response to the clients and provides fault tolerance for the cluster. Because when something goes wrong on a node, or, for example, data transfer error between the nodes has occurred, the cluster remains operational as a whole, and the problem node can catch up later or be replaced.

YaXAHA Cluster does not have a dedicated master at all. Technically, the cluster occasionally elects the master-node that makes decisions within the boundaries of the cluster, but if this node fails, the cluster will re-elect a healthy one.

To prevent logical data conflicts, we implemented detection of the boundaries of each transaction using the dependency analysis of the tables participating in the transaction.

Transaction boundaries are detected considering the changes being made and the dependency types of the data you are changing. And if a transaction has overlapping boundaries with another unfinished transaction, it will wait for its turn.

Thus, YaXAHA Cluster helps to prevent logical data conflicts within the boundaries of the entire cluster.